Book Look: The Unlikely Adventures of the Shergill Sisters by Balli Kaur Jaswal

It's literally 800 e-book pages of unpacking various traumas and abuses - both past and present- faced by 3 sisters as they travel through India to honor the last wishes of their mother.

It's a gently sloping hill from funny to "Oh wow that's pretty heavy" and it makes me think about my life, despite not having most of the experiences.

I think this may be the first movie in my memory I've seen that comes from China that's CG. I know they exist, but they never quite had a wide enough reach into the US market for me to find them easily.

The closest may be...China's approval of "Kung Fu Panda"? If there are any you know of, please let me know!

This is about a girl named Fei Fei, who loves science and mythology in (sort of) equal measure. She has technical prowess enough for about 10 minutes and then is all pro-myth, which is fine.

Read more! »
- October 24, 2020 No comments:
Email ThisBlogThis!Share to TwitterShare to FacebookShare to Pinterest

This Blog is Not Dead

There just haven't been too many things I want to watch. Remember; I'm not a real big TV person.

There's another book review in the pipeline if I can stop rolling my eyes long enough to get through all 1000 pages.

I can at least give you an oversight on the 2 movies I have watched since August; 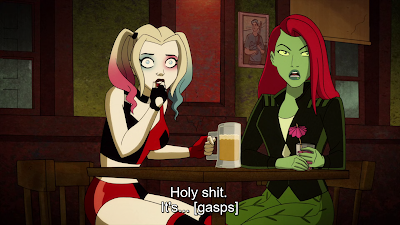 Oh yes, and the one show. I'll lead with the show; "Harley Quinn" on HBO Max / DC Universe / Whatever is damn good.

There's a lot of flourishy detail on the feelings of characters as they're kissing or touching, which is fine for the youth who may be closeted. But it feels like important things just ... happen with not a lot of fanfare. I'm not sure why this is happening here, or what is going on.

Some of it can be chalked up to my lack of knowledge of Arthurian Legend. Other times, it feels like I unintentionally skipped a paragraph just to go back and no, something is just happening and we're rolling with it. Then it just lingers so much and so long on a part where characters are separated and you really want them to reunite, it just feels like a waste.

So, somehow, I missed reviewing this alongside the first episodes of "Big City Greens" and "Amphibia". Which is weird, as I enjoy this show the most out of all of them.

It has a dark magic element with a fair amount of gruesome imagery. The art syle is really reminiscent of that of "Star vs." except with more lines in the backgrounds and more detail in the character models.

Of course, none of this is super detailed, but it's more so than "She-Ra" on Netflix. There is a large over arching plot that, in 12 episodes, has only been hinted at, and it's not even about the main character, Luz. Nothing about how she's the one to save The Boiling Isles or some chosen one nonsense (Which is actually deconstructed in about episode 3).

The hinted-at-history is about Eda the Owl Lady (Wendie Malick, and it kills me that more people were quick to recognize her from "Bojack Horseman" than from "Fillmore!"), and it's really interesting so far. It's such a slow burn that it seems rather meandering for now. As the show already has a second season planned, it will make more sense in hindsight.


- July 19, 2020 No comments:
Email ThisBlogThis!Share to TwitterShare to FacebookShare to Pinterest
Labels: Disney

Another positive casualty of Covid-19 is pushing the
long awaited ... non bootlegged copy of the Broadway sensation that has people of color playing slave owners singing.

Let me be clear; Despite the talent involved - I have no problems with the performances - I was never a big fan of this in its heyday. It reeked of the thing white people do, when they overcompensate in liking something because it has people of color in it.

Doing it for a program where we're the slavers is...think about that.

People who are much more familiar with this production say that Lin-Manuel Miranda sounds terrible in this, as this particular filmed version was in the middle of the original cast's original run. I heard his voice in snatches in "Moana" and it's reedy and not super impressive there, but here it's what I expected. I didn't expect greatness.

Someone said that everyone else is basically, what we think of when we think of these characters except him.

You ask "Who plays Aaron Burr in Hamilton?" I'm saying "Leslie Odom, Jr." I would like to see this with a different actor for Hamilton himself.

This is one of those musicals where it is 100% musical. No talking. Which may make some things a little hard to understand, especially if subtitles are not available readily, but the gist is there.

In their proper context (and not diluted by wild Hamilton Stans on tumblr - Staniltons?), I found this really enjoyable and dynamic.

There are some things in this recording you will only see and hear in this recording. Watch and listen to "Satisfied" Renee Elise Goldsberry hits "To your union" in a way that isn't on the official recording and always has me #shook.
- July 10, 2020 No comments:
Email ThisBlogThis!Share to TwitterShare to FacebookShare to Pinterest 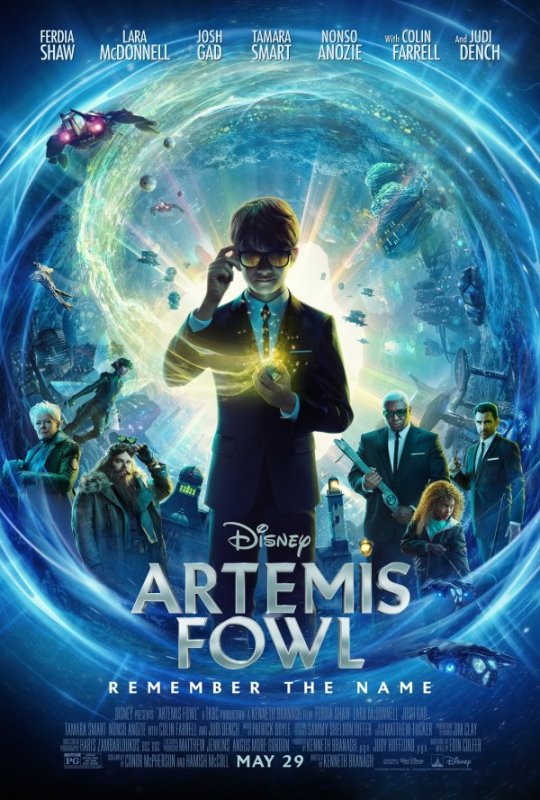 Because I did see "Scoob!" and it was not worth watching besides looking very good.

After more than 15 years in development hell, Artemis Fowl is finally a movie!

SDC Around the Web

Book Look: The Unlikely Adventures of the Shergill Sisters by Balli Kaur Jaswal

It's literally 800 e-book pages of unpacking various traumas and abuses - both past and present- faced by 3 sisters as they travel t...